My comment: Why isn't anyone talking about cutting the bogus spending by the government?  That just might eliminate the need to raise more revenue...

Media reports in recent weeks say that Senate Democrats are considering a 3% surtax on income over $1 million to raise federal revenues. This would come on top of the higher income tax rates that President Obama has already proposed through the cancellation of the Bush era tax-rate reductions.
If the Democrats' millionaire surtax were to happen—and were added to other tax increases already enacted last year and other leading tax hike ideas on the table this year—this could leave the U.S. with a combined federal and state top tax rate on earnings of 62%. That's more than double the highest federal marginal rate of 28% when President Reagan left office in 1989. Welcome back to the 1970s.
Here's the math behind that depressing calculation. Today's top federal income tax rate is 35%. Almost all Democrats in Washington want to repeal the Bush tax cuts on those who make more than $250,000 and phase out certain deductions, so the effective income tax rate would rise to about 41.5%. The 3% millionaire surtax raises that rate to 44.5%.
View Full Image 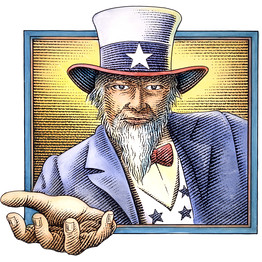 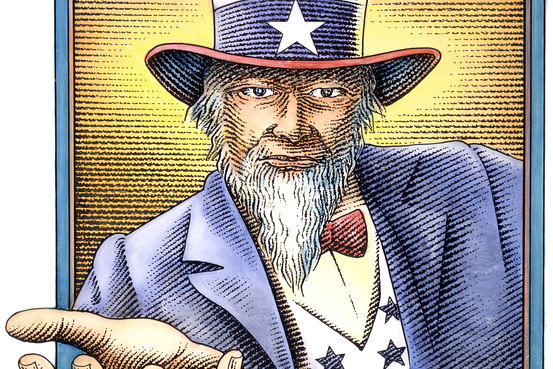 But payroll taxes, which are income taxes on wages and salaries, must also be included in the equation. So we have to add about 2.5 percentage points for the payroll tax for Medicare (employee and employer share after business deductions), which was applied to all income without a ceiling in 1993 as part of the Clinton tax hike. I am including in this analysis the employer share of all payroll taxes because it is a direct tax on a worker's salary and most economists agree that though employers are responsible for collecting this tax, it is ultimately borne by the employee. That brings the tax rate to 47%.
Then last year, as part of the down payment for ObamaCare, Congress snuck in an extra 0.9% Medicare surtax on "high-income earners," meaning any individual earning more than $200,000 or couples earning more than $250,000. This brings the total tax rate to 47.9%.
But that's not all. Several weeks ago, Mr. Obama raised the possibility of eliminating the income ceiling on the Social Security tax, now capped at $106,800 of earnings a year. (Never mind that the program was designed to operate as an insurance system, with each individual's payment tied to the benefits paid out at retirement.) Subjecting all wage and salary income to Social Security taxes would add roughly 10.1 percentage points to the top tax rate. This takes the grand total tax rate on each additional dollar earned in America to about 58%.
Then we have to factor in state income taxes, which on average add after the deductions from the federal income tax roughly another four percentage points to the tax burden. So now on average we are at a tax rate of close to 62%.
Democrats have repeatedly stated they only intend to restore the tax rates that existed during the Clinton years. But after all these taxes on the "rich," we're headed back to the taxes that prevailed under Jimmy Carter, when the highest tax rate was 70%. 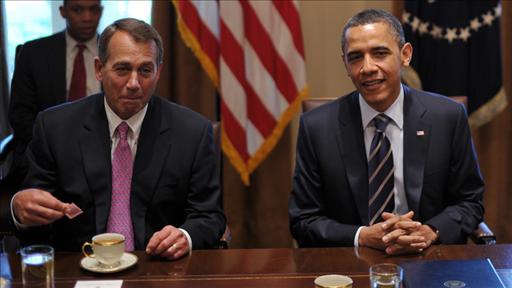 Steve Moore of the editorial board on the prospects for tax reform in Washington.
Taxes on investment income are also headed way up. Suspending the Bush tax cuts, which is favored by nearly every congressional Democrat, plus a 3.8% investment tax in the ObamaCare bill (which starts in 2014) brings the capital gains tax rate to 23.8% from 15%. The dividend tax would potentially climb to 45% from the current rate of 15%.
Now let's consider how our tax system today compares with the system that was in place in the late 1980s—when the deficit was only about one-quarter as large as a share of GDP as it is now. After the landmark Tax Reform Act of 1986, which closed special-interest loopholes in exchange for top marginal rates of 28%, the highest combined federal-state marginal tax rate was about 33%. Now we may be headed to 62%. You don't have to be Jack Kemp or Arthur Laffer to understand that a 29 percentage point rise in top marginal rates would make America a highly uncompetitive place.
What is particularly worrisome about this trend is the deterioration of the U.S. tax position relative to the rest of our economic rivals. In 1990, the highest individual income tax rate of our major economic trading partners was 51%, while the U.S. was much lower at 33%. It's no wonder that during the 1980s and '90s the U.S. created more than twice as many new jobs as Japan and Western Europe combined. . . .
Read the rest of the article here.

Posted by Attorney Gregory Bryl at 12:46 PM No comments:

IF YOU HAVE "GMAC" (NOW "ALLY") IN ANY OF YOUR DOCUMENTS, CALL YOUR ATTORNEY TO HAVE YOUR CASE CHECKED FOR FRAUD!

Fannie Mae , the largest government-backed mortgage firm, said it notified lawyers of flaws in GMAC documentation after it was alerted. Photographer: Bradley C. Bower/Bloomberg
Ally Financial Inc.’s GMAC Mortgage unit, which suspended evictions in 23 states last week after finding employees didn’t verify foreclosure documents, was sanctioned in 2006 for similar practices, court records show.
GMAC gave “false testimony” when it justified foreclosures by submitting sworn affidavits signed by a mortgage executive who later said in a deposition she didn’t actually review the loan documents or sign in the presence of a notary, according to a 2006 court order filed in Duval County, Florida. In response to the sanctions, GMAC Mortgage directed employees to “read and fully understand” court documents before signing.
“Do not sign unless you have that comfort level,” said a policy directive from GMAC Mortgage’s James Barden, then- associate counsel for the legal staff. “It is the integrity of our cases that is at stake and we cannot afford anything less than full accuracy.”
GMAC Mortgage is facing new allegations in court documents that it evicted homeowners without verifying that borrowers actually defaulted or whether the firm had legal standing to seize the homes. Ally, the Detroit-based auto and home lender, said this week it found a “technical” deficiency in its foreclosure process allowing employees to sign documents without a notary present or with information they didn’t personally know was true.

Ally declined to say how many loans may be affected. The firm, formerly known as GMAC Inc., ranked fourth among U.S. home-loan originators in the first six months of this year with $26 billion, and fifth among loan servicers, with a $349.1 billion portfolio, according to Inside Mortgage Finance, an industry newsletter. It’s also the beneficiary of more than $17 billion in U.S. bailout funds. . . .
>Read the rest of the article here<
You can also review this deposition of Judy Faber and this one of Jeffrey Stephan.
Posted by Attorney Gregory Bryl at 12:38 PM No comments: